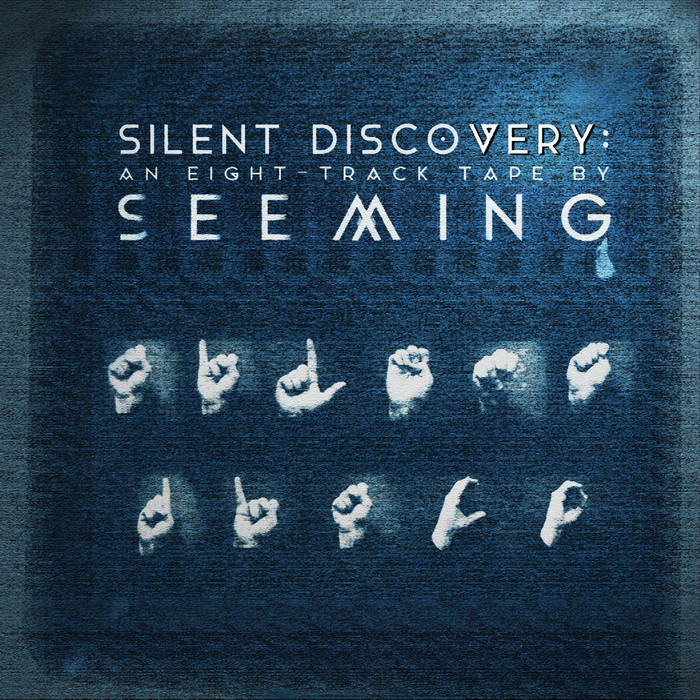 SEEMING's 2014 debut Madness & Extinction was marked by its uncompromising anti-humanism, and so fans might be surprised by the accessibility of their newest release—-to say nothing of its format. Now available on Artoffact Records, Silent DiscoVery is more than a physical single for the stomper Silent Disco (previously given a digital release): it showcases a full 10 unreleased songs created during the Madness & Extinction sessions.

And did we mention that it's an 8-TRACK CARTRIDGE? Resurrecting the near-obsolete disco-era format, SEEMING refuses the norms of the present even as they serve up strikingly modern pop. It's impossible to rewind an 8-Track, but you can skip around its four sides. No need to worry if you haven't got an old hi-fi; there's a download coupon included.

Silent DiscoVery is a full-fledged bonus album to Madness & Extinction that feeds SEEMING's hungry fanbase, offers new listeners shimmeringly catchy synthpop to hum, and musically chronicles the band's formation out of the ashes of cult darkwave act ThouShaltNot. Come hear the future and the past collide now.

This profile is managed by the guys at Storming the Base. If you order from here your email will be added to their mailing list, but that's what you always wanted, right?

Bandcamp Daily  your guide to the world of Bandcamp